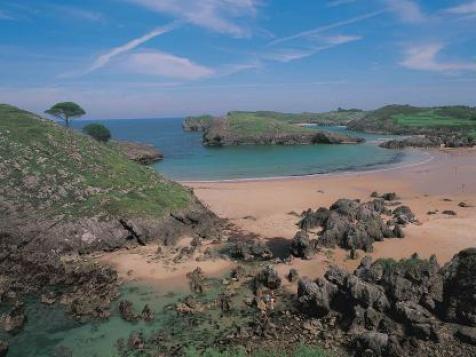 The Beach at Barro

This is found in the village of the same name and is one of the most popular beaches on the Llaniscan coast. It is shell shaped with fine sand and is about 300 metres in length. It is an urban beach and has a variety of services and equipment. There are two islands which separate it from the neighbouring beach of Sorraos, but at low tide it is possible to get from one beach to the other.

Here the film has been shot: EL PORTERO 2000

The rigors of the post civil war era has caused Ramiro Forteza a first division goal keeper to earn his living challenging the locals to score penalties against him. In an Asturian village he meets Manuela, a young widow who survives by sewing for Úrsula, the wife of the sergeant of the Civil Guard. Forteza, Tito and Úrsula begin a risky friendship. However, Forteza´s exhibitions and his friendship with Úrsula attract the attention of sergeant Andrade, who makes Forteza an offer which he can´t refuse. Nardo, the chief of the Maquis of the area will also try to make the most of the situation. 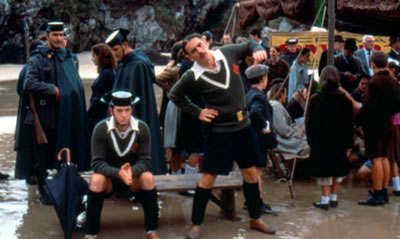 Here the film has been shot: HISTORIA DE UN BESO 2002

1949. The story takes place in an Asturian village where the great writer, Blas Otamendi, has just died. His nephew, Julio, who is a teacher in France, goes to the funeral. When he meets family members later in the family manor house, he begins to remember his childhood. Uncle and nephew begin to relive the old memories, hidden in the past and relive the loves of the magic summer of 1925. 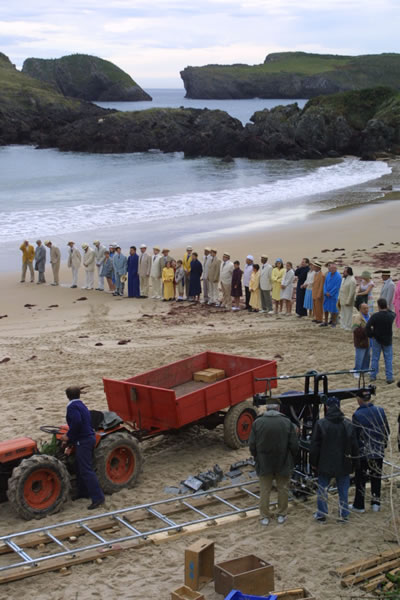