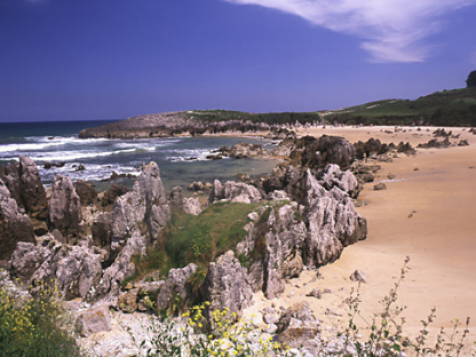 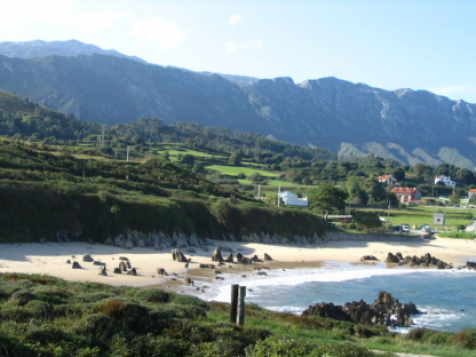 This is a most spectacularly beautiful beach and has the Q for Quality award. It is shell shaped and  220 metres long. All over the beach there is a series of rock  pinacles, which are the remains of the limestone cliffs in the area.

The beach is classified as semi natural and is situated close to Llanes in a semi residential area. It has excellent acess, from Llanes via the road which goes up to Cué. There are car parks and a wide variety of services such as life guards and a Red Cross post as well as a beach cleaning service, showers, foot baths, toilets, a drinking water fountain, waste bins, telephones, a coastal walkway and pedestrian footpaths. There is hotel accommodation, both seasonal and all year round as well as a campsite nearby. There are also toilets and showers for the disabled as well as a buggy service for disabled acces to the water.

SYNOPSIS
Don Rodrigo de Arista believed that he knew what honour was, that was until he came back from South America old, half blind and ruined. Upon the death of his only son, he finds out that one of his two granddaughters is illegitimate.

She has none of the noble blood of Albrit. At the end of his days, he must know the real situation. His daughter-in-law refuses to reveal the information and so he has to fall back on all his ingenuity to find out the truth. 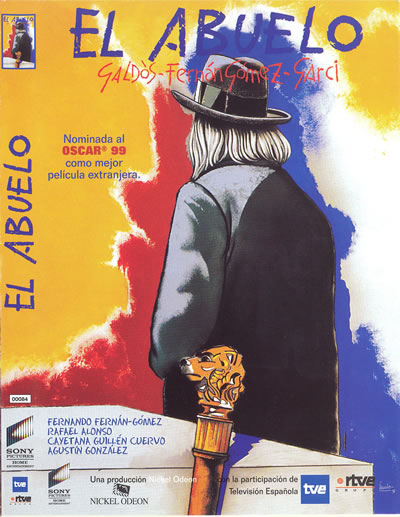 SYNOPSIS
In a European city which is shaken by racial disturbances, a powerful magnate is going to come face to face with the only power which is it is impossible to cheat or corrupt; Death. The detective tries to find the woman he loves and a young, innocent girl follows him, proposing that he takes on the case of her child who was killed in his cot by a gunman. 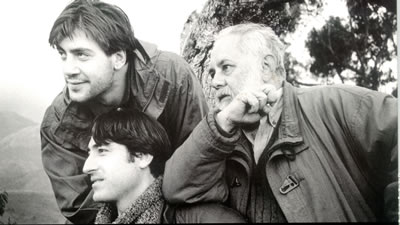 SYNOPSIS
The film tells the story of Ristol, an actor who is tired of himself and the world. He tires to escape from his body, which imprisons him. This is the first full length feature film made in the eastern part of Asturias by Gonzalo Suárez. It is one of his most important films. In this film he has mixed various genres, humour, tragedy and adventure to tell a story of impossible love.